It was recently announced that a man in Lithuania defrauded Facebook and Google of a total of A$171 million over a three-year period. Of course, this wasn’t just a case of sending out speculative invoices and waiting for a check to arrive in the mail. It was a complex scam involving a combination of research technical skills and social engineering capabilities. From NPR’s article: 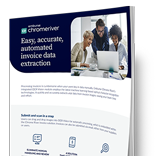