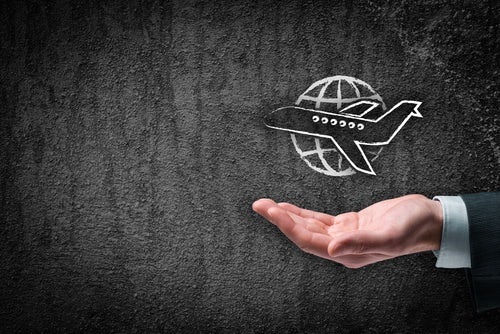 Cost control has long been the top priority of companies that travel, but that was no longer the case in 2015. Results from Global Business Travel’s 2015 EVP Barometer found that safety and security have risen to the top of the list, followed by cost control and employee satisfaction. Other interesting tidbits from the annual report include a greater-than-anticipated travel spending increase in 2015 and compelling trends for 2016.

Safety and security have been climbing the priority list over the past five, finally making it to the top for 2015. A notable 96 percent of companies surveyed for the Barometer have implemented some type of follow-up and tracking as part of their safety procedures. Only 24 percent, however, report providing training to their travellers.

Cost control fell from the top priority to second place, with 52 percent of surveyed companies reporting they still have work to do in the area. A full 50 percent of respondents have already taken efforts to improve processes, such as:

Airfare costs accounted for 40 percent of the average corporate travel expenditure, while hotel stays accounted for 28 percent. Hotel accommodations were also cited as key area of focus for the upcoming year for 59 percent of surveyed companies.

Traveller satisfaction rose to third place on the list, a notable leap from the previous year’s sixth-place ranking. Fifty percent of respondents take the time to measure satisfaction levels of their corporate travellers, and 22 percent use traveller feedback to improve their policies. Travel managers appear to be taking heed of processes and tools that can enhance the travel experience, such as:

Corporate travel spending for 2015 increased by 1.42 percent, more than twice the anticipated rate in the previous year’s Barometer. Much of the increase can be attributed to companies expecting to grow their businesses by expanding overseas.

However, 76 percent of companies still look at corporate travel as a necessary cost, while only 24 percent view it as an investment. Twenty-one percent said they would like to become more knowledgeable about measuring the ROI of their corporate travel.

Travel spending is expected to continue its rise, with companies predicting a 1 to 3 percent increase in their total travel spending over the next year. Priorities may also be taking another shift, with a focus on:

Stay on top of employee satisfaction and the trends with Chrome River expense claim software.