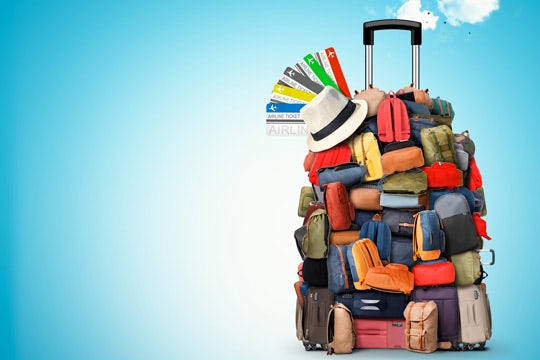 Despite the horror stories of luggage ending up in Las Palmas when the passenger connected to it was traveling to Las Vegas, the truth about lost and mishandled baggage may not be as scary as you think. Or at least it’s improved vastly since 2007, according to report released by the airline IT vendor SITA.

Entitled the 2015 Baggage Report, the survey focuses on mishandled luggage, as statistics on lost airline baggage are much harder to uncover according to Forbes. It appears airlines and airports had a heyday abusing bags in 2007, when mishandled baggage claims were at their peak.

Mishandled Baggage by the Numbers

Technology to the Rescue

The decrease in luggage abuse is largely attributed to higher investments in baggage system automation – and the trend is continuing in that direction. Airports ranked baggage management and processing systems as one of their top investment priorities in 2014, and airlines are also turning to high-tech solutions.

In fact, 69 percent of airlines say in 2017 they’ll have implemented a way to provide passengers with real-time updates on their luggage’s location. Others have already joined the high-tech fray:

The downward trend in mishandled baggage, however, can only continue if those systems are able to scale to meet the increased demands. Passenger growth is expected to increase at about 7 percent in 2015, putting those systems to the test.

Technology Not the Only Help

All those high-tech improvements aren’t necessarily coming down the pike out of the goodness of the airline’s hearts. The International Air Transport Association (IATA), the airline trade group, is also cracking down on its members with a resolution that goes into effect in 2018.

It states that all members will have to “maintain an accurate inventory of baggage by monitoring the acquisition and delivery of baggage.”

That’s where the real scary facts set in – as many of us may have been under the impression they were doing this already.

Take the fear out of tracking your company’s travel expenses with Chrome River's expense management software.