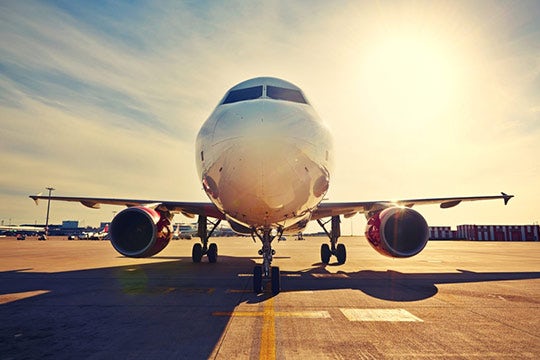 You know the price of an airline ticket includes taxes, but did you also know even Americans who never fly are supporting US carriers through their tax dollars at work? Licensed aircraft dispatcher and USA Today contributor Bill McGee pointed this out in a recent column, making some intriguing points along the way.

Government subsidies and airlines became a hot issue when American, Delta and United formed a partnership and asked the White House to oppose the expansion of three Gulf carriers into US markets. The carriers are Qatar, Etihad and Emirates, and those who oppose the expansion say it’s unfair to let the trio horn in the American pie since they’re state-owned and supported by their governments.

McGee notes all airlines across the world are supported to some degree by their governments. The Big Three’s argument that they’re protecting American jobs additionally falls flat, since all three US airlines have outsourced thousands of jobs to firms outside the country. Delta even bought a stake in an airline heavily supported by the Chinese government.

To a great degree, major US airlines were actually created by federal assistance. Help came from various subsidies and agreements that included:

Other airline assistance has come in the form of a no-cost flight academy that has produced top-notch pilots, mechanics and other tech employees for American carriers for decades. Don’t forget all the technologies and developments that originated with the US military and were eventually delivered to commercial airlines.

And Even More Government Support

The government continues to use tax dollars and other funding and programs to support US carriers, with examples including:

In addition to funding, the airline industry receives plenty of governmental perks, ranging from bankruptcy protection to federal preemption. The latter ensures all state consumer protection claims and statutes are worthless for passengers, who must seek any redress through federal courts.

Overall, the American government has been veritably bending over backwards to accommodate major airlines, often at the expense of smaller carriers and, even more importantly, the passengers. Yet the Big Three still complain the playing field is not level if they’re forced to compete against state-owned Gulf carriers.