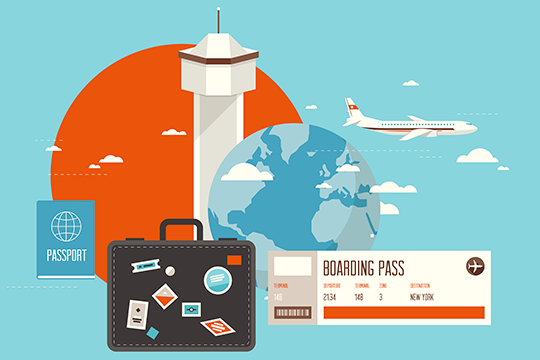 While business travelers may be up on all the latest jargon in their industry, some of the language pertaining to travel can leave even the savviest business person confused. Airline travel expert Rick Seany clears up the confusion by providing translations for a number of phrases you may hear when you fly.

If an airline rep says “We have to bump you,” it means the flight is overbooked and you are one of the lucky travelers that is not getting on the flight. The trend of “involuntary bumping” has decreased in recent years, but it remains a possibility.

A new regulation going into effect Aug. 25 at least slightly increases the compensation you’ll receive for an involuntary bump, pushing it into the range of $675 to $1,375. The longer you have to wait for another flight, the more money you can expect to be paid. You’ll also be able to ask for the payment in check form instead of being stuck with an airline voucher.

This is a nice way of saying your luggage is lost. Airlines use the term “mishandled” because it’s a catchall for any number of possibilities, including lost, temporarily unaccounted for or damaged. In most cases, the bag will turn up sooner or later.

August also sees an increase in the compensation you can receive for lost luggage, taking it up to a maximum of $3,500. Because airlines don’t permit electronics, jewelry or other high-value items in checked-in luggage, however, you may not be compensated for everything you list as gone. Keep your real valuables in your carry-on. And make sure you fill out a report before you leave the airport or you may never see a dime for anything.

Flying around the Thunderstorm

Any type of bad weather that includes “flying around this thunderstorm” or making a “change in course” can pretty much ensure your plane will be arriving later than planned. Evading foul weather can take a flight hundreds of miles out of its way, but if a pilot makes the drastic call to do it, it’s probably a good idea.

This phrase means exactly what it says, and it’s not a gentle suggestion but rather an official order. Did you know refusing to obey a flight crew’s order can actually get you booted off the plane? That applies to fastening seat belts, putting up seat trays and putting your smartphone in airplane mode.

Being keen on air travel lingo can make business travel a little easier. And you can make travel even easier still with Chrome River’s travel and expense reporting software.