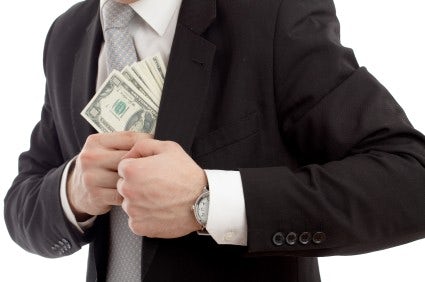 It seems like there are some people who not only take their expense accounts for granted, but also flagrantly misuse them to the extent that it’s fraud. Read about some eye-popping expense reports that baffle the mind – as in – what were they thinking?

Fraudulent expense reporting is practiced by employees and public officials around the globe. It’s obvious that a better set of automated controls, greater real-time receipt visibility, and rules-triggered exception warnings might have curbed some of this misuse, thereby saving these companies both money and public embarrassment.

The Port of Oakland suspended its maritime director, James Kwon, for filing a $4,537 expense report for entertaining clients at a strip club. Morgan Stanley fired broker Michael McIntyre for fabricating 10 restaurant receipts totaling $3,301, for which he was fully reimbursed. Presidential hopeful John Edwards submitted two receipts for $400 per hair trim, while vice presidential candidate and former governor of Alaska Sarah Palin had a makeover to the tune of six figures. Pilar O'Leary, director of the Smithsonian Latino Center, allegedly used the company card for $2,066 in hotel upgrades and extraneous personal expenses.

When you integrate your expense policy into your expense management software, the software rejects the out-of-compliance expenses, taking the burden off of the finance team.

Read more in this article by MarketWatch’s Quentin Fottrell.