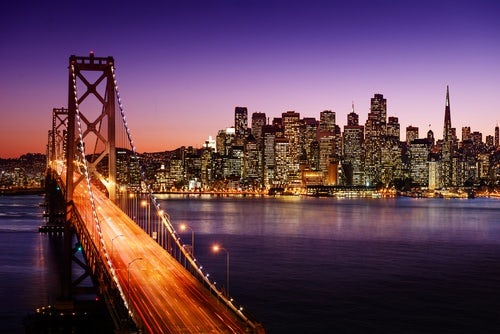 A daily allowance of $550 might take you far for a night out on your hometown, but it won’t go all that far at all on business trip in San Francisco. The City by the Bay ranks as the most expensive U.S. business travel location, again, with an average day’s expenditures totaled at $547.34.

San Francisco is no stranger to the top slot on the annual Corporate Travel Index published by Business Travel News, which ranks the most expensive U.S. cities based on the average daily total for a hotel room, meal and rental car. This year marks the third year in a row that the city took top honors.

A big chunk of the overall cost in San Francisco can be attributed to the highest corporate hotel rates in the nation, with travelers shelling out an average of $370 per night.

Related:  Do You Know Where Your Business Travel Dollars Go?

Despite the costly overnight stays and overall daily budget, San Francisco amassed a record number of visitors last year. A total of 24.6 million visitors flocked to the city in 2015, nearly three percent higher than the total who visited in 2014.

San Francisco wasn’t the only California city to make the top 10 list, either. Santa Barbara took sixth place on the list, with daily average expenditures at $409.32. Los Angeles ranked in eighth place with the average per diem spending at $402.79.  San Jose was right behind LA at number nine, with daily spending at $398.28.

While it’s no surprise that a number of California cities ranked as the most expensive U.S. business destinations, a surprise did pop up about 2,400 miles east of the Golden State. Detroit was noted for having the most rapid increase in hotel rates over the previous year.

The national average increase in spending from 2014 to 2015 went up 3.9 percent. But hotel rates in Detroit shot up 22.5 percent during that same period. Even though the Motor City saw a big increase in hotel rates, the average nightly hotel rate of $198 is still a cut-rate deal compared to San Francisco’s $370.

To put things in perspective, the national average expenditure for a business trip in 2014 was $306.91 per day. The 3.9 percent increase put the 2015 daily spending average at $318.80 – still notably lower than even the least expensive entry on the top 10 list. The list below outlines the most expensive cities along with the average per diem spending business travelers can expect if they venture there.

Did you know that the very best expense report software can automatically itemize your hotel folio for you? No more carving out the wifi from the parking from the meals. At least that can save you some frustration if you're staying in one of these expensive cities.