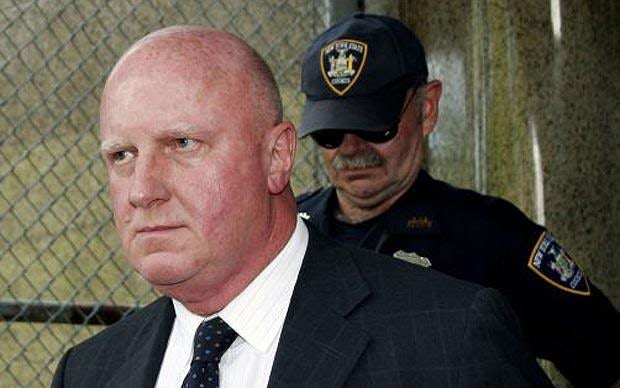 In his heyday, you may remember L. Dennis Kozlowski as “Deal-a-Day Dennis,” one of the highest-paid CEOs in the country who helped build the New England manufacturing firm of Tyco into a multinational giant. That was before his conviction.

After his 2005 sentencing, you may recall him as the man who siphoned nearly $100 million from the very firm he helped build. The guy who used some of that cash to throw a $2 million orgy-type birthday bash on the island of Sardinia. The man with the $6,000 burgundy-and-gold shower curtain. If you take your cue from a New York Post Kozlowski headline stating “Oink, Oink,” you may remember him simply as “Piggy.”

In a recent New York Times article, Kozlowski admits he was “piggy,” that he made mistakes in the name of greed. Some of those mistakes resulted in convictions. They include:

Kozlowski, now 68, was ordered to pay $167 million in fines and restitution, along with a prison sentence of up to 25 years. He was out in six and one-half years, admittedly wiser, more appreciative and in love.

Although he admits to enduring “some agony” during his protective custody stint in New York’s Mid-State Correctional Facility, two things helped him get through. One was learning to laugh at prison life’s absurdity. The other was meeting his future wife.

Former Wall Street trader Kimberly Fusaro had known Kozlowski in the mid-1990s. After a tough divorce more than 14 years later, she decided to write to him in prison. Casual visits eventually became personal connections. They married in 2014.

Now finished with his incarceration, two years of work-release and parole, Kozlowski is finally free from any type of penal supervision. He lives with his third wife in a rented, two-bedroom East Side apartment, works in a small Midtown office as a “low-level” consultant for mergers and acquisitions, and is on the board of the Fortune Society, an organization that helps former convicts.

He says he has also learned to appreciate the more modest things in life, like a ride on the subway train. He calls Kimberly “the best thing that ever happened to me. Ever.”

Despite the damage done by Kozlowski, Tyco continues to thrive with 57,000 employees. And, even if Tyco folks continue to remember Kozlowski as one of the greatest corporate villains of the times, his notoriety has largely faded in the eyes of many of his fellow New Yorkers.

Although Kozlowski's exploits are legendary, expense fraud still costs your firm thousands of dollars. Ensure your employees don’t become notorious for their own brand of expense fraud with Chrome River’s expense management software.