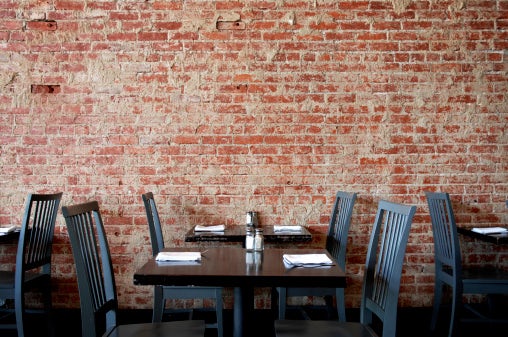 Expense accounts used to mean lunching at trendy bistros and dining with martinis and wine. Not anymore. Corporate workers have shifted from expensing restaurants that are high and mighty to those that are fast and cheap. The overall average cost of a meal on an expense report these days is around $18, with the top five expensed restaurants listed below.

Not unlike sunshine in Arizona or cockroaches in New York City, you can never seem to escape running into a Starbucks. This coffee shop’s massive popularity as part of the American expense account may be due, at least in part, by its more than 10,000 locations across the nation. There’s also the supreme delight you get by knowing you’re doing something that would be totally taboo in your normal life. Heck, when else would you pay $4 for a cup containing mostly milk with a dash of caffeine? Never. But it’s a titillating thrill when you make your company spring for it.

Maybe it’s the creepy clown. Or perhaps it’s the even creepier question of what’s really in those Chicken McNuggets. In either case, McDonald’s takes the No. 2 slot of places people spend their boss’s money. What is that stuff in the McNuggets, anyway?

Although this sandwich shop does seem to have a consistently low meat-to-lettuce ratio on their subs, it still ranks high on the list. Perhaps similar to the Starbucks theory, folks must think it’s OK for their bosses to be buying all that lettuce and bread. Subway may also be a popular pick due to the overall low cost of the food. After all, you could probably feed your entire family on your expense account at Subway without the accounting department ever being the wiser.

This fast-food bakery chain might rank in the top five expensed restaurants due to its name alone. Think about it. It does sound much nicer to invite a client out to lunch to the semi-exotic sounding Panera Bread than it would be to, say, head down to Joe Blow’s Sandwich Shop. The Panera name, however, does seem to come with a price. The shop’s average charge of $35 is by far the highest out of all five restaurants on the list.

Even if you go with the website that calls HMS Host “an innovative dining experience,” the place is best known for being a collection of fast-food joints glommed together at a truck stop. To be fair, it also pops up in airports, but it still seems a tad shoddy for deal-making client lunches. Unless, of course, we’re the only ones who have not yet caught on that expensing stuff on turnpikes and at truck stops is what all the cool people do.

No matter where your employees may dine, keeping track of their expenses is easy with Chrome River. Chrome River offers expense management and invoice management software that can help make accounts payable a breeze.