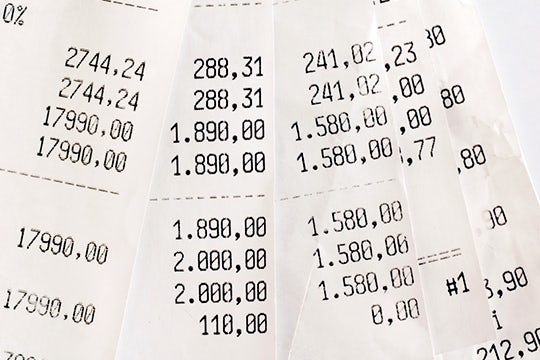 Expense fraud in itself is bad enough. It’s even worse when it’s done to a rural Canadian school district with limited funds. And it gets worse still when the perpetrator is a board superintendent of the school district, a person who holds the “highest position of trust.”

Such was the crime of 63-year-old Richard Harvey, according to CBC News. Harvey admitted to stealing more than $29,000 through fraudulent expense claims from an Alberta school district while holding that highest position of trust. He pleaded guilty to the charge of fraud; although a second charge accusing him of breach of trust was withdrawn.

The victim was the Pembina Hills regional school division, located north of Edmonton. Harvey worked as the division’s superintendent from 2006 to 2010, and an investigation discovered his fraudulent activities were in full swing the entire time. The school district is still struggling to offset the damage done by Harvey, nearly five years after the fact.

A victim impact statement shared in court outlined the scope of the damage, which extended far beyond the monetary aspect. The letter noted that Harvey had been granted the “highest position of trust,” and board officials were disappointed and angry that he “stole from the public purse.”

The prosecutor stressed the length of Harvey’s deceit, which spanned the entire four years he worked at Pembina Hills. Harvey had abruptly left the position under mysterious circumstances, according to another CBC News report.

The school district first suspected something was amiss in 2010, when administrators noticed excessive expense claims and a number of irregularities throughout Harvey’s expense account. They hired forensic auditors, who sent the results of their audit to the police. Harvey was charged two years later, in 2012.

It took another two years for the charges to be transferred from Alberta to Newfoundland, where Harvey currently resides in the capital of St. John’s.

Harvey’s defense attorney said his client wanted to express “a level of remorse.” He additionally highlighted Harvey’s extensive career as an educator with no prior criminal record. Harvey had spent 25 years as a teacher and principal in Newfoundland, along with another seven as a school board administrator.

The defense and the court agreed Harvey could show his remorse with a one-year conditional sentence that placed him under house arrest. He was also given 30 days to pay back the $29,000 he stole from Pembina Hills.