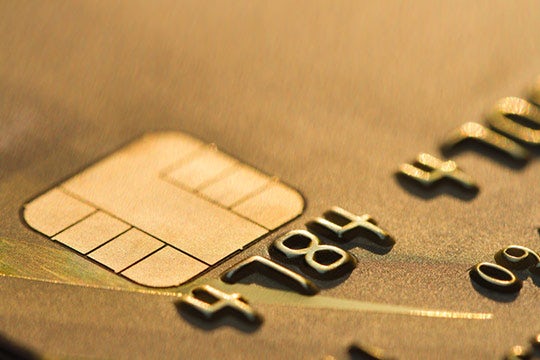 Even though the October 1st deadline has come and gone, the majority of retailers are still lacking the new chip credit card readers that were to have been implemented at the beginning of this month. But that may not be as big an issue as expected according to the NYSE Post - as more than half of all consumers have yet to receive their new cards.

The switch from old-school magnetic-strip credit cards to the new EMV chip cards is expected to take several years, although one of the biggest changes is already in place. Retailers who have yet to upgrade their systems may become liable for any fraudulent activity related to transactions at their shops.

Prior to the switch, liability would be placed on the banks issuing the cards. But now retailers may be forced to foot the bill for fraud if they don’t implement new readers that accept the new chip cards.

How the Chip Cards Work

New card readers can cost anywhere from a few hundred to $1,000 each, and the decision for retailers to switch is voluntary. Not making the switch, however, can work against the retailers on several levels. In addition to potentially being held liable for fraudulent transactions, retailers who refuse to invest in new card readers may be sending a message to their customers that their security is not of utmost importance.

Entrepreneur reports consumers will eventually come to expect shops to have the technology to use the chip cards, which have reduced fraud throughout Europe and Canada by up to 80 percent. One more benefit of the new card readers is their ability to not only accept chip cards but to also accept payments using NFC-based mobile payments, like Google Wallet.

The switch can show customers the retailer is open to new technologies customers may be using to make their shopping experience more convenient and secure.

Beat fraud in your bookkeeping with Chrome River’s travel and expense report software.