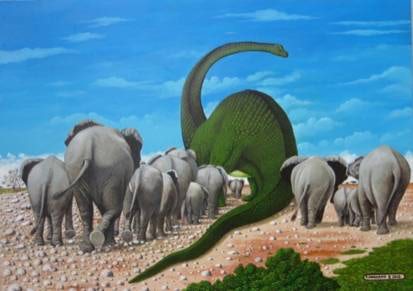 World-renowned Italian artist Franco Innocenti lives in what remains of a 10th century castle tower and paints the world as he sees it. His paintings reveal a reality different from the one to which we are accustomed, as Franco removes objects from their natural environments and places them in completely unusual surroundings, creating absurd combinations that reveal paradoxical aspects of the world around us.

Franco’s magnificent artwork came to mind recently when one of the highest ranking members of a law firm was overheard rejecting automation of manually extensive and costly expense management processes because “it’s not in [the law firm’s] culture.” What is this person really saying? That some lawyers are less adept at learning new, simple computerized processes for the completion of their expense reports than lawyers at many of the world’s largest law firms whose attitudes and culture support change?

It is in lawyers’ nature to evaluate the practical application of abstract theories to solve specific problems. Advancing the interests of their law firms as well as those of the people who retain them must surely be as important to all lawyers and merit a timely discussion based on true reality and not fantasy. After all, isn’t now the right time for every firm to automate inefficient processes if it’s the trending behavior of some of the largest organizations in the world and the costs are not prohibitive?
Like in so many of Franco’s paintings, law firms that blame sustaining antiquatedexpenseprocesses on “culture” may be revealed as “A Stranger Among Us,” risking their own firm's survival as they allow surrealistic perceptions to color other important decisions.

Photo Credit: "A Stranger Among Us #41" by Franco Innocenti